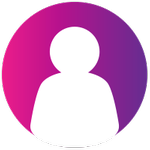 tried using it online same results. Called reward card pressed number 4 during the business  hours get teansferred to a message that says thank you for calling AT&T rewards then hangs up on me. Called number pisted by AT&T on this forum, it sends me to a recorded message that gives me the rewards card number to call. If it wasn't so frustrating it would be comical. I had AT&T years ago. Dropped them because custonwr service was horrible. It is good to know they have not changed with time lol. The TV package is horrible as well. It says hundreds of channels but about 15 have actual shows and the rest run infomercials. Guess I will switch to Verizon as soon as I can

Sorry you are having issues with your Visa rewards card.

You can check the balance of your AT&T Visa® Reward Card at the Reward Center by clicking on Check My Reward Card Balance. You'll need your 16 digit card number and the last four digits of your Billing Account Number. Once you verified your balance, if you continue to have an issue, please contact the number on the back of your card. AT&T Visa rewards care is a pre-loaded Visa card and is redeemable wherever Visa cards are accepted.

Thank you for reaching out to AT&T's Community and Forums Team.

Thank you for your response. I think though you didnt read
my actual problem. I have no problem checking the balance.
It was just when I tried to use it for a $50 purchase (and my balance was
$150 as both online and the phone told me this) as indicated
that you could use it everywhere visa debit is accepted,
It kept getting declined.
I caled the number several times during your reward line business hours
and the automated line would tell you to hold on while they
transferred you to a live person.
The phone would answer the automated voice would come
on say thank you for calling AT&T tewards and hang up.

This reaponse does not aurprise me though. It is not your fault
that AT&T doesn't actually teach its reps how to do good
customer service. They just give you canned responses to say.
No worries 🙂 my ecpectations with your company at this point
are low lol

I have yet to receive my visa gift card I was promised with the deal. Every time I call at & t rewards it’s rings, puts me on hold for 2+ hours then hangs up. I am extremely unhappy with the level of customer service I have received as I would like the gift card like we were promised.

Received my $300 rewards card but when I activated it, the balance says it was $0.  Never even used it.  Such a disappointment for a large company that can't even keep things right, but they quick to sell you promos.

I’m having the same problem, I was due 3 rewards got the first 2 and had no problem the third is activated but says 0 balance

Im in the same boat.i was due $300 reward. The first two $100 cards worked fine but the third one which i received and activated today shows zero balance. But i didnt know that until i was at check out and got denied.

I’m wondering if it’s because it’s Saturday and they are closed?

That shouldn’t matter if it is a prepaid card.  Funds should already be in there.  They just can’t get their stuff together because it’s probably another promo tactic to rip off their customers.

That really stinks.  Lucky I checked online for the balance before happily spending it.

I received my rewards card and activated it only to jear that it has $0.00 balance

Now the website for the card activation doesn't have a valid security certificate, so you can't even activate anything - this is absurd.  Spent an hour on the phone with customer service to be told they couldn't do anything. take your business elsewhere!!

I was able to use my rewards card one time online. Now, it repeatedly gets declined when I try to use the remaining balance.

Thank you for sharing your concern.

As per AT&T Community Guidelines, we will have to close this thread, as it is 2 years old. We would request you to post it as a new conversation.

Have a great day!

You don't have the ability to move the conversation?  LoL 😄🤣😂🥳

It can work but very difficult, very very limited on use and they know that. I had an expiration of 03/21 and placed an order with Amazon on 03/20 with remaining balance i had and was rejected. Next time ATT offers rewards, ask them to apply to service provided or give a physical card. I lost out on 40 plus dollars and sure people have lost more. You cannot take rewards they offer online to a business but online purchases only and limited, i was rejected most of the time until i tried Amazon.  It's a business pitch to offer rewards, maybe ATT and Amazon have a partnership in this??