Since about March 3rd, I have been unable to make or receive calls. SMS and visual voicemail are unaffected. None of the solutions in any of the dozens of posts on this forum have worked.

He did not replace the SIM card. He said that he had tried that solution with other customers and they lost SMS capabilities as well as voice.

The technician said that over the previous two days, "at least 30" people had come in with the same problem. He said that he had a success rate of "less than 5%". Again, he was very apologetic and I don't blame him for AT&T's problem.

My phone is on the approved list. It also has "HD voice, Wi-Fi Calling, Video Call, Advanced Messaging" capabilities according to AT&T's service capabilities for unlocked phones.

When I dial *#*#4636#*#* and select Phone information, VoLTE provisioned is grayed out.

The 9th and 10th digits of my SIM card's ICCID are 27, indicating that my SIM is not out-of-date.

My phone is still unable to make or receive calls as of Wed, March 9th. I have been a loyal customer of AT&T for more than a decade. I have already been billed and have paid for my regular service through March 22nd.

This is mostly just a duplicate to show that the majority of AT&T's tech help is misguided. This is a systemic issue affecting more than just non-AT&T phones. I don't expect any routine tech support on this forum will be able to help. 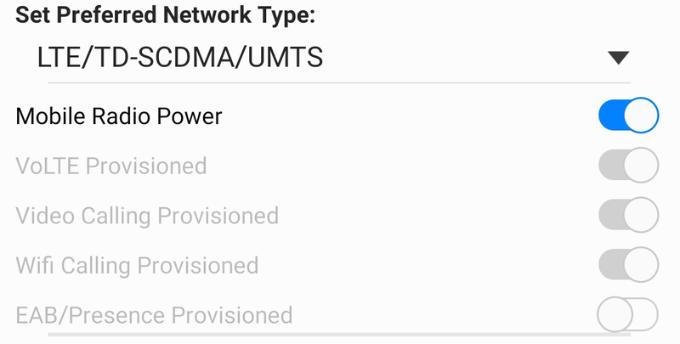 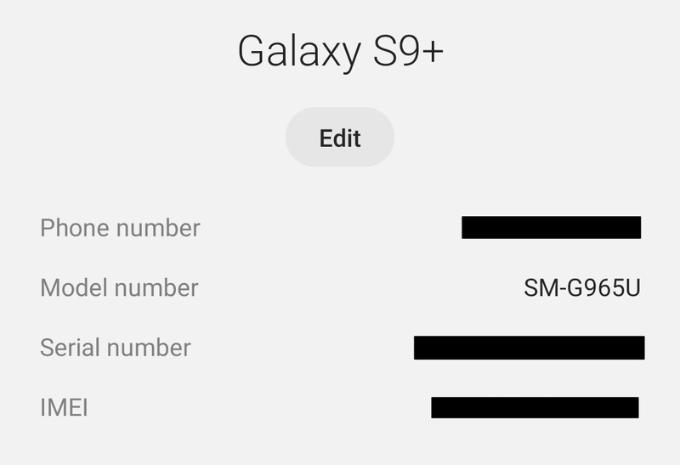 I was able to make a phone call by manually adjusting the APN to match the "Smartphones (5G-Capable)" settings from this support page. Of course, my phone is not 5G capable so this disables my internet connectivity.

The default settings mostly conform to the "Smartphones" section. All except for the APN type which reads "default,supl,MMS,fota" instead of "default,MMS,supl,hipri" as suggested in the support page. With the default setting, as noted above, I have internet connectivity but no voice service.

So now I can have either voice service or IP service simply by altering the APN settings. This seems to prove that my phone is physically capable of operating on the AT&T network, both for voice and data.

that's kinda weird. all that stuff is provisioned ON (it's okay if the toggles are grayed out). it should work. call/chat samsung tech support and say all the VOLTE stuff is ON. why can't i make a call?

did you get one of those white and blue "5G SIM cards?" not the old orange and blue ones?  that might help?

there's some talk that if you are on android 11... samsung might have messed the CSC files up for that update?

i think they fixed it for android 12?

@edunn I'm 5 days into a similar problem.  Was AT&T ultimately able to help you get back your full capabilities?  I am starting to think I too have a mismatch in APN settings.

Background:
My phone will not make outbound calls though inbound, data, text ect work.  I've spent a total of 4+ hours on calls with AT&T support plus time in the local store, all to no avail.  Presently, I have an open ticket with AT&T networking group but have little hope in their ability to fix this.  I'm starting to suspect I too have a mismatch in APN but my phone isn't allowing me to modify the settings.

@TheRealSenorMike  I finally filed a complaint with the FTC. After, a senior exec from AT&T contacted me via email. After some back-and-forth, they just sent me a brand new S21 for free.

I believe the problem would be solved by Samsung pushing an upgrade to Android 12. However, the S9 and S9+ have reached end-of-life and will no longer receive updates. The s10 and newer phones have all gotten Android 12 and work with AT&T's network. Older phones likely suffer the same issue.

I believe the only options for the S9 are a 3rd party OS update or getting a new phone. In my opinion, AT&T did not adequately prepare for/investigate this problem and the list of approved devices should be much smaller.