Billing for lack of service

Considering the lack of customer service for my mother with dementia and the threat of collection agencies regarding services that were turned off by my sister last year in September, have current receipt from when equipment was returned September 21,2021 at 1204 at the UPS Store - 2408 at 2158 45th St Highland, IN 46322-3742 with the reference number and tracking number

the cost to be billed to ATT will be $300 per day until such time the cable is removed.  consider this your notification

What equipment did you return?

1) This is not a place to leave an official notice for AT&T, it is primarily a forum for communication between AT&T customers.

2) Returning equipment is not the same thing as closing the account.  If you did not call to close the account, then it would continue to be billed whether or not you still had equipment.

3) RE: your username, AT&T does not track the customer's age.

4) If you have a downed line, follow these instructions

5) You cannot unilaterally decide to bill a company because you think they owe you something, and you're smart enough to know that.

Your best route to resolving your billing issue is probably an online complaint to the BBB or FCC.

Returned all receivers tower everything

i filed a fraud complaint against ATT

because I have done everything and now I am here

Did you file the complaint with the BBB or the FCC?  Those are forwarded to the OOP.

I have several complaints to file.

Additionally, ATT sold dish Network to my mother with dementia and did not tell her she had to cancel her Uvers service.  So for over a year because the convinced her of a "deal" she was paying for both services.  It was when my sister an d I discovered this we canceled ALL service.  Ethically you would think a company would realize this was an unfair practice when confronted with it...seeing the two services on her account...but instead have continued to badger her and lie about fixing the problem when I confront them monthly.

AT&T hasn't sold Dish Network in over 7 years.  So you cancelled that long ago?

The telephone support agents can do only a few limited things off of a menu.  If what you need isn't on that list they really cannot help you.  But they still want you to give them good reviews.  That puts the agent in a very difficult position.

ATT contacted my Mother  and Convinced her to upgrade to Dish Network streaming service.  With this add-on sale, referring  to an ancillary item sold to a buyer of a main product or service. Depending on the business, add-on sales may represent a source of significant  revenues and profits to a company. An add-on sale is generally suggested by the salesperson once the buyer has made a firm decision to buy the core product or service.  This was the case as she thought she was receiving an improved service to her current service.  no where did they inform her she would be receiving an entirely different internet tv service.  Therefore she was paying for 2 services ATT Uvers and Dish Network.  When this Upsell was discovered, she canceled the service and returned the hardware.  This was returned through the UPS Store #2408 2158 45th St Highland, IN 46322 September 21, 2021 12:04 pm titled ATT - Returns
While the dispute over the double billing is valid, it is not being contested in order to finalize the relationship with the ATT Corporation.
All equipment was returned with the understanding the services had been canceled.  The only issue was asked if she would be able to keep her phone number.  Following this event several bills were sent to the home.  These were contested and first explained as remaining balance, then as a billing mistake.  These bills continued to accumulate despite monthly phone calls to contest them.  Several refunds were provided but nothing was ever canceled.  Finally, a fraud claim was placed through the bank to assure no further attempts to auto withdraw funds would take place.
As the bills continued to be sent and contested monthly it was discovered by one of the managers and accidentally commented that there was an outstanding receiver but no second receiver and no gateway which no portion of services can function without a gateway.  Therefore the receiver and the gateway have been returned and one receiver may have been lost.  Needless to say, when the equipment necessary for services are returned the services are no longer being utilized.
A final point, She has dementia.  POA has been given to her son and her daughter.  The upsell was  executed on an 82 year old woman with a diminished capacity.  Therefore, an intent to extort money from her based on a loophole is immoral and unethical.
She will not be responsible for the immoral behavior of the sales personnel of the company not responsible for the lost receiver.  The mere fact the 2nd receiver and the gateway are not listed on the claim corroborate the above claim.

Good luck with your dispute. 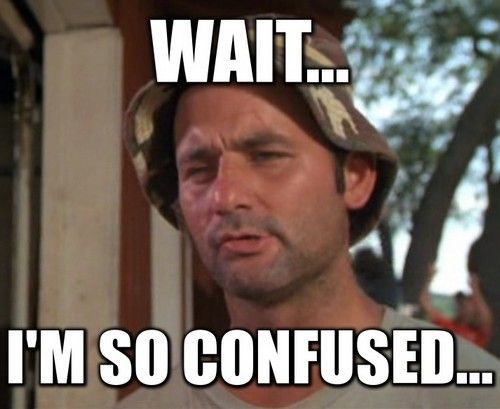 that should have been Direct TV

However, just got it back from the Debt Collection Service, ATT finds "the charges valid" even though there is no way to utilize any service without a gateway.

This company hates the elderly.  I imagine if they have the chance they would do this to anyone's parent or grandparent.

If you are dealing with this company protect yourself.  This is a common practice of theirs.

It is shameful.  She never missed a payment even when paying for both ATT uvers and after being upsold Direct TV for over 10 years.  They claim they are missing 1 receiver but not the other receiver or the gateway nor are they claiming the direct tv receivers as gateway.